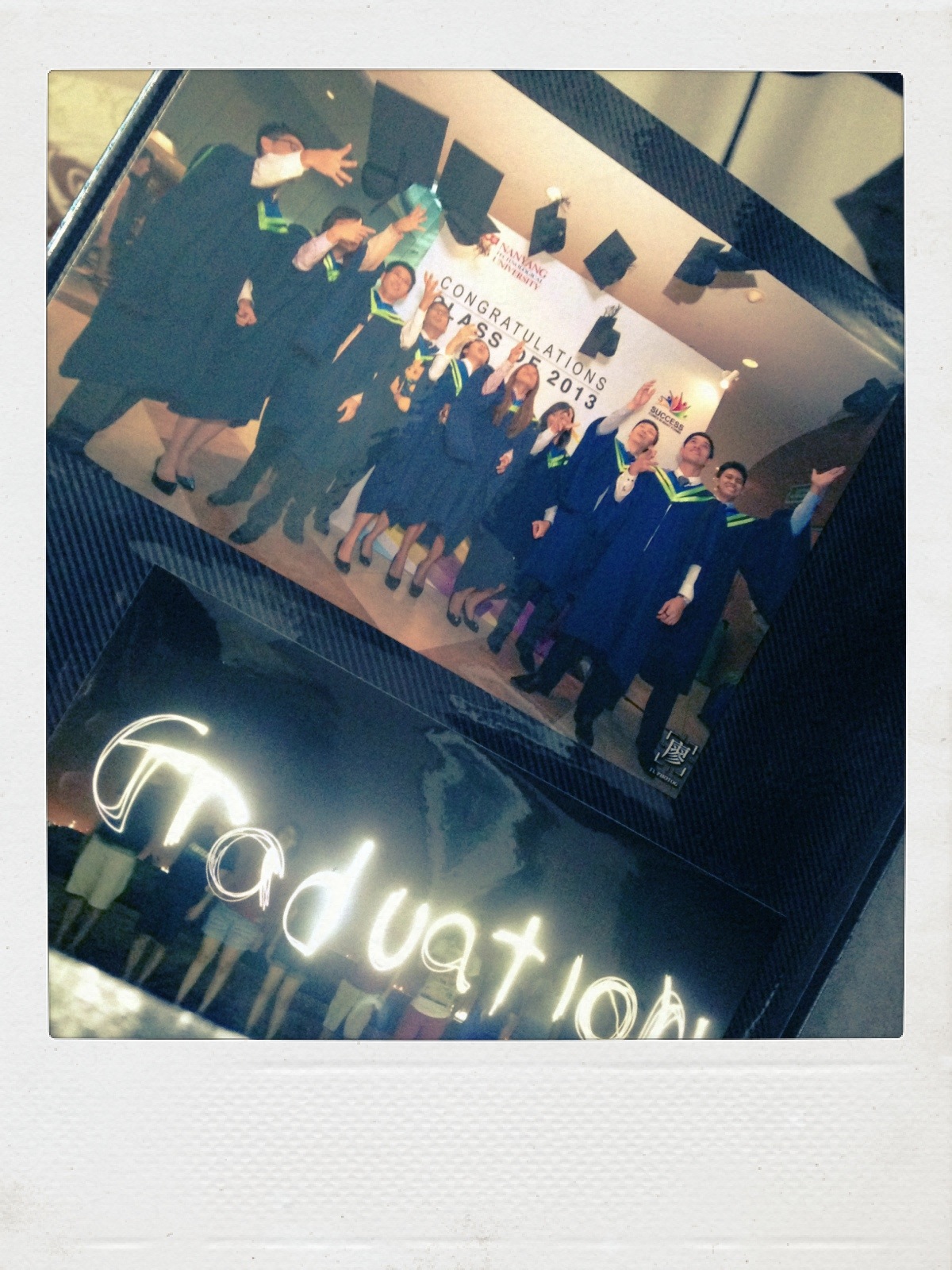 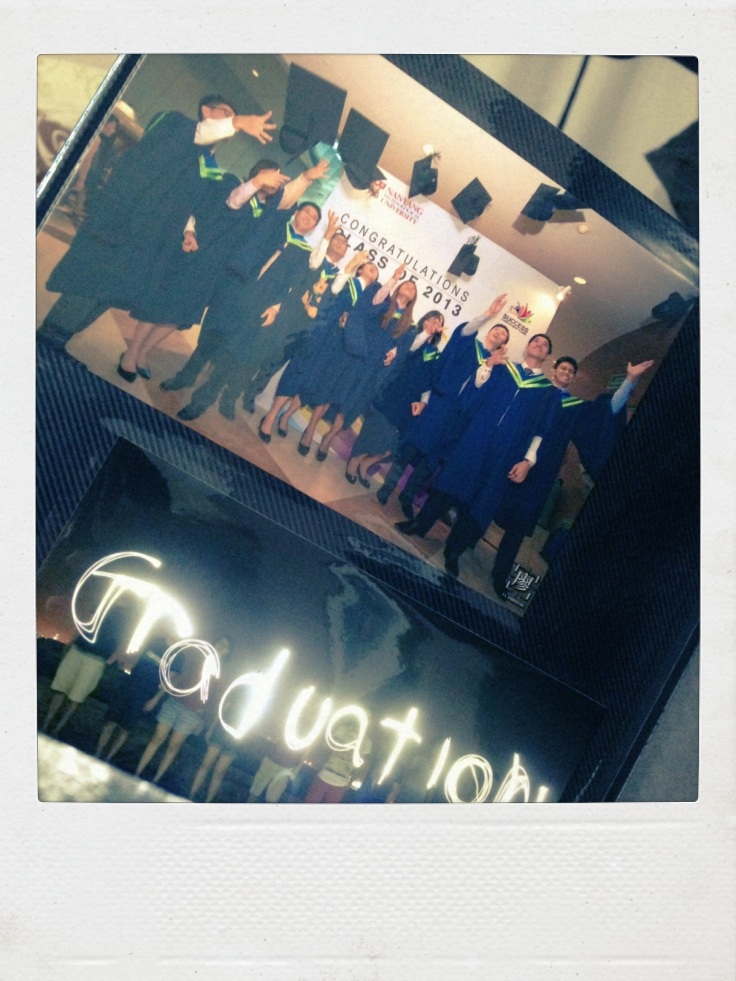 I recently selected 40 photos to be developed that best represented my time in NTU. It has been a wonderful 4 years in NTU and I felt that it would be good to search for photos, either from my own collection or through my Facebook photo gallery that would reflect my wonderful time there. As I searched, it came down to 40 photos spanning a period of 4 years.

I bought a photo album, those sticky kinds where you lift up the plastic flap, and then you place the photo and place that flap over it, making it look like it has been laminated into the album. I bought the album that would just fit 40 photos nicely.

I chose those photos, often group shots of my classmates and friends. People who matter a lot to me. People who made a difference in my life in so many different ways, big and small. They are all there, in that photo album. To be remembered always in the years to come. Never forgotten. For they are the ones that mean a lot to me.

I arranged those photos loosely on chronological order, starting with the earliest photos taken while in NTU on the first page, and right up to the graduation photos towards the end. The end result; a story told from my perspective. A story of my life told through pictures with my friends and the events that highlighted the best moments of my life. 40 photos is not enough to tell a comprehensive story, but it is enough to highlight the good moments I experienced in life while in school.  I have tons of pictures, but I had to distil it to just 40. And I think it was a great project to do, now that I have graduated. My friends won’t know that I created such an album. But it doesn’t matter if they know it or not. What matters is that they matter a lot to me. And remembering them is one way to pay tribute to the friendships I have forged with them.

Some of the events covered were my friends’ birthdays, my birthday, sending my friends off at the airport while they went on exchange, freshman orientation camps, various school events my committee organised and participated, graduation, outings and more.

The picture you see above is a snapshot of the final page in the album, commemorating the graduation event.

This is truly a precious piece of treasure that I have created.