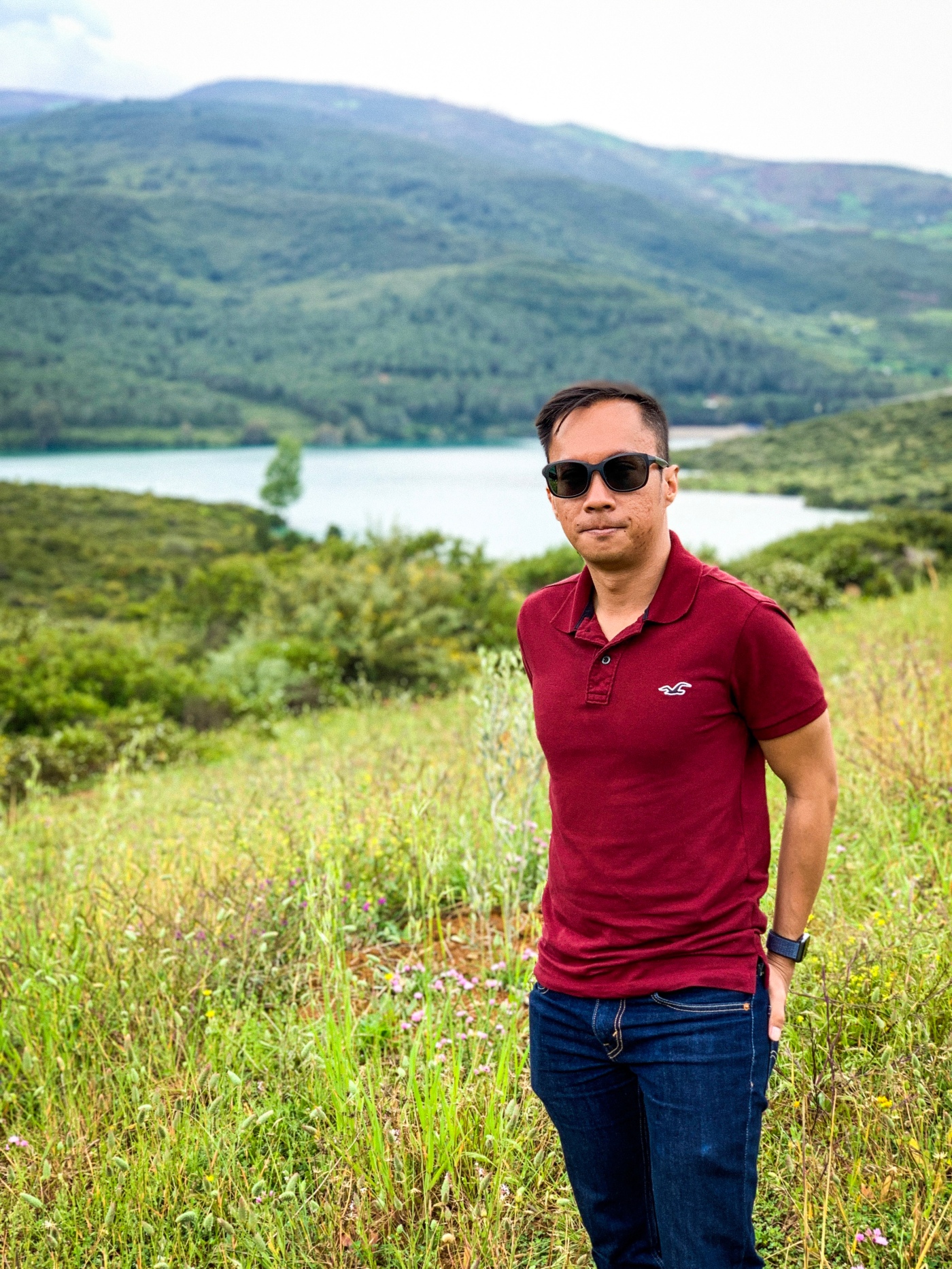 The drive to Chefchaouen from Tangier was the a journey I was most looking forward to. It was the first time where we were no longer following the coast up north, but instead, we were driving east and south to the country’s interior. We now had the chance to admire the beautiful landscape of what Morocco had to offer. Much to our surprise, the landscape was indeed jaw-dropping gorgeous, more gorgeous than we were anticipating.

As we drove, we were met with lush green hills, with small towns and farmlands dotted throughout the country side. The journey was a bit hilly, but not too difficult with very light traffic. Road conditions were pretty good and the drive was enjoyable. It took us about 3 hours of driving before reaching Chefchaouen. We weren’t that far south and east yet, so the landscape was still pretty much green and lush.

Along the way, we stopped at a restaurant for lunch called Restaurant Sed Nakhla which I suspect was a popular rest area because it sits on top of a hill overlooking a beautiful lake. The landscape could be mistaken for any iconic landscape commonly found in Scandinavia. The blue lake and its surrounding green hills was just beautiful, something that I wasn’t expecting in Morocco. It totally shifted my view of the country. Morocco has so much more to offer than just Medinas, Kasbas, and old ruins. Its natural landscape is probably the most underrated feature of the country.

Chefchaouen is nestled on the foot of a series of hills and we were pleasantly surprised when we reached the town. It just appeared out of a sudden as we made our way down around the edge of the hill. Our Google Maps informed us that we were fast approaching the town but we couldn’t spot it visually until we made a bend around the hill. Then it appeared in all its glory. As soon as we saw the town beautifully painted in various shades of blue, we knew that we had arrived.

It was drizzling as we approached Chefchaouen. Dark clouds hung over us as we neared the town. The town would have looked a lot more beautiful, if the skies were clear on that day. But nonetheless, it still looked striking from a distance. This was a town unlike any other. It did not just look special, it felt special too.

At this point in time, as we were making our way through the narrow blue alleyways, meandering left and right, sidestepping locals and tourists alike, what began as a drizzle, turned into a downpour. We were soaking wet when we arrived at his house. But we were relieved at the same time as we entered his home. It was beautiful, clean and cosy. Again the narrow staircase, which is rapidly becoming a hallmark feature in Moroccan homes, not very luggage friendly. We were thankful that we are still young and strong enough to carry our bags and luggage up several flight of stairs to our own bedrooms.

We took a short break in the house, waiting for the pouring rain to subside a little. Once the rain became a drizzle, we ventured outside and started exploring the place.

We had to remember where our accommodation was. There were no street signs, or distinguishing landmarks to mark our accommodation. Every corner you turn to, every alleyway you walk in, is blue, in various shades. It was truly a blue city that has made Chefchaouen so iconic. It was the most enjoyable city to simply get lost in. We encountered so many shops, cafes, restaurants, people’s homes and everything else in between at every corner and at every turn that we made.

We slowly made our way to the Spanish Mosque by simply heading to the general direction. We passed by a chinese restaurant and made a mental note on where it was on the map, for we decided to have some Asian cuisine for dinner later in the evening for a change.

The Spanish Mosque, according to several travel websites was one of the must visit places in Chefchaouen, supposedly for its breathtaking panaromic views of the entire town. Having read that, we simply cannot miss this place. In fact, looking back, my biggest regret of this entire trip was that we only had a night in Chefchaouen. I immediately fell in love with this place and I would love to spend at least a couple more days here.

We were losing daylight. It was drizzling incessantly. Low clouds were hanging over the town. It doesn’t have the greatest light of the golden hour moment to paint the entire town in flattering colours and take gorgeous pictures of it. But nonetheless, we still made our way to the Spanish Mosque.

I remembered we had to cross a river that made its way downstream on the edge of the town. The water was remarkably clean, probably it was near a source up some mountain nearby. Add to the fact that it was probably raining the entire day, the river swelled somewhat.

The path to the Spanish mosque was more like a hiking trail. Just a trail with rocks and stones littering the place at the foot of a hill and a nearby cliff. It’s a short, but beautiful trail, because as soon as we walk on it, we could see most of the town on the other side of the river.

As we approached the mosque, we could see the entire town. The vantage point where the mosque was, offered an unfiltered, uninterrupted view of the entire town of Chefchaouen. It was simply amazing. I will never forget the feeling of looking at the town in all its glory. I was so glad that we made the trip to the Spanish Mosque.