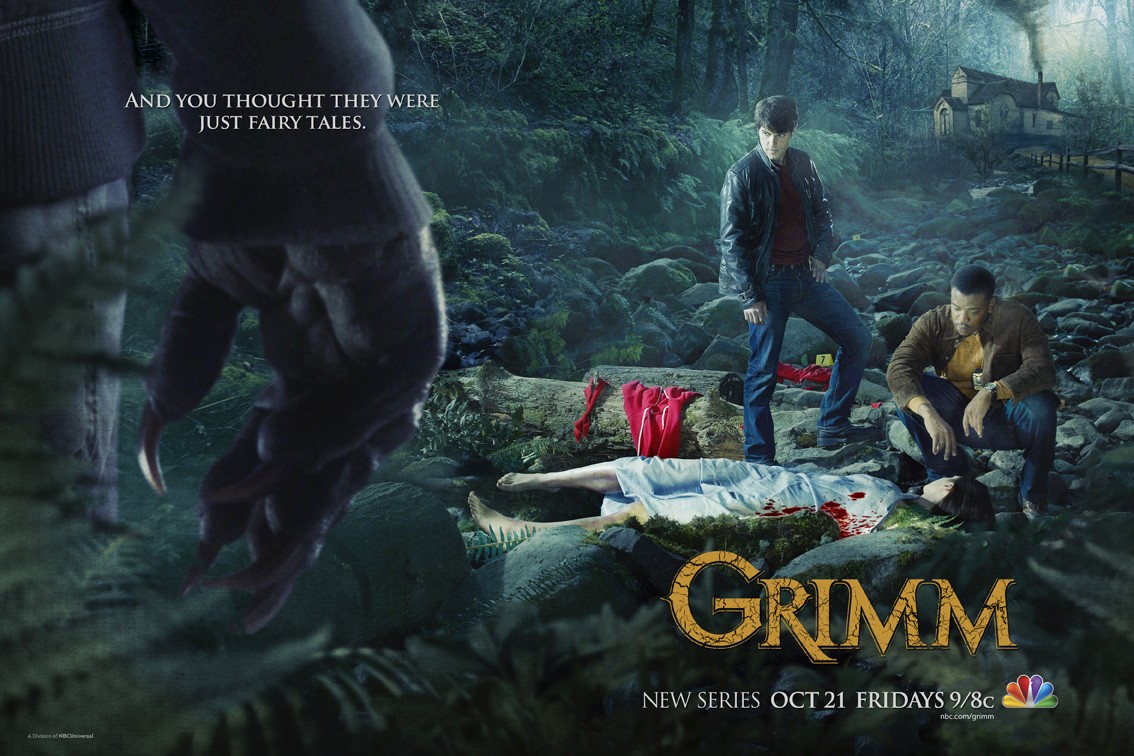 Here is a list of T.V. shows that I will be following and watching in 2012: 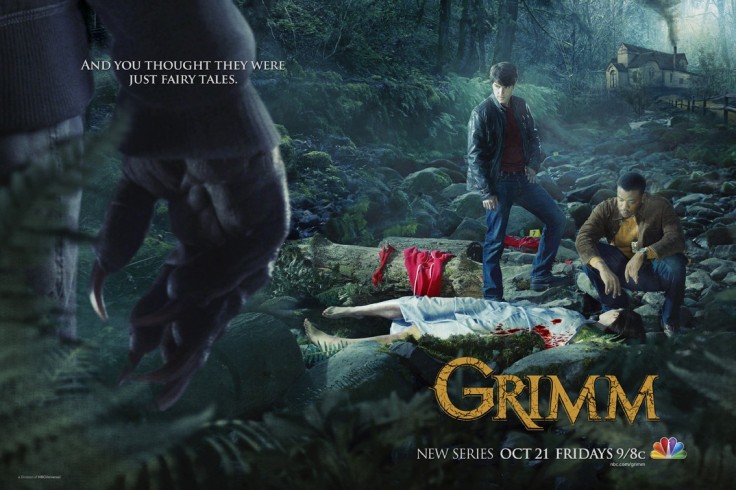 Inspired by Grimm’s Fairy Tales, Grimm is an American fantasy, mystery and crime drama series. The show started in October 2011. You follow a homicide detective who happens to be a descendent of a group of hunters known as the Grimms. Their job is to keep humanity safe from the supernatural creatures of the world. His job is more than just a day to day detective. As he solves cases, he encounters sinister monsters straight out of the storybook of Grimm. It’s his responsibility to keep them at bay from the humans. 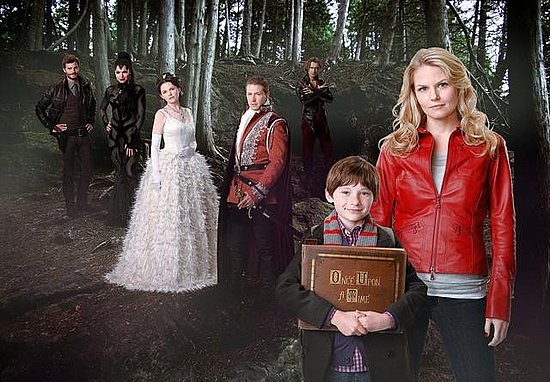 My top favourite among the rest, Once Upon a Time is an American fairy tale drama that premiered on October 2011. Based on popular Fairy Tales stories, such as Snow White, Little Red Riding Hood, Hensel and Gretel, Cinderella, Once Upon a Time tells of Emma Swan who was visited suddenly by her biological son. Her son, who was sent away for adoption tells her that she is the key to saving the town of Storybrooke from an evil queen’s curse. The queen is the mayor of the town and adoptive parents of her son. The town of Storybrooke and its inhabitants are all Fairy Tale characters. But because of the curse, no one remembers.

Throughout the series, the story goes back and forth between the real life town of Storybrooke to the fantasy realm of the Fairy Tales. As the story progress in parallel between those two worlds, the characters in the town are unveiled to reveal who they are in the Fairy Tales. It is up to Emma Swan to make things right and break the curse, so that the people of Storybrooke can remember who they are in the first place. Emma Swan on the other hand is the daughter of Snow White whom was, in the nick of time, spared from the curse.

The story is very intriguing and gripping because, the more you watch, they more the story will reveal who they really are in the Fairy Tale realm. The predicaments that they faced in that realm are reflected in the real world and it is interesting to see how Emma Swan helps them and solves their problems. The more she mends things, the weaker the curse becomes. 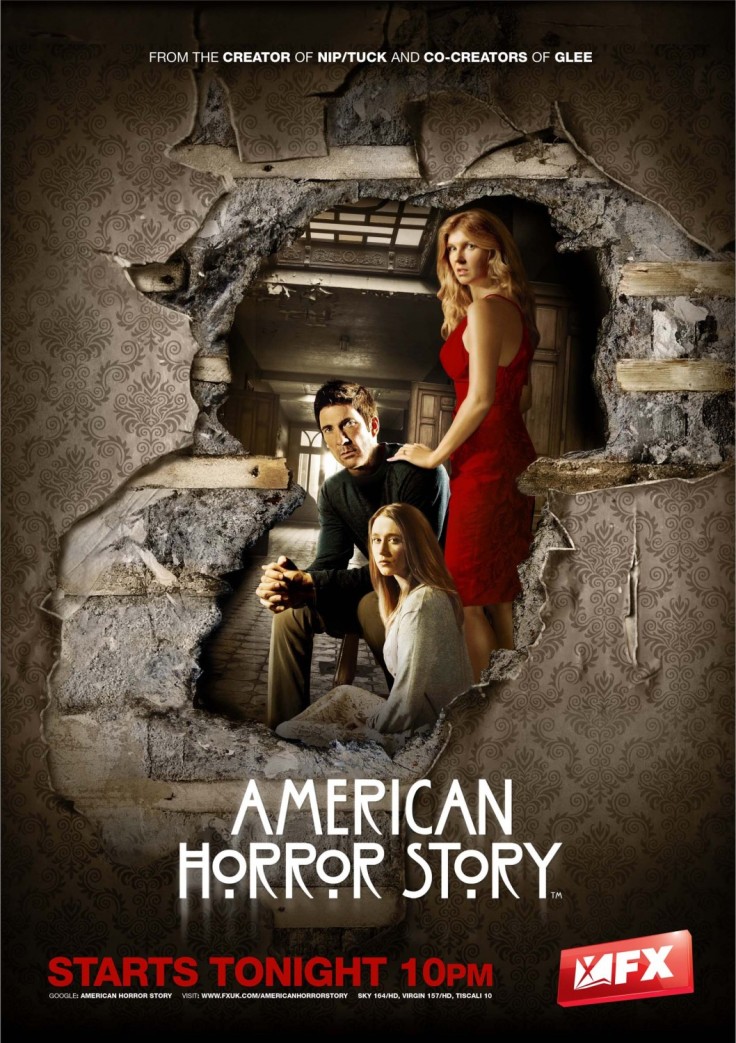 American Horror Story has just ended its run on the first season. It’s an anthology horror-drama series created by the makers of Glee, Ryan Murphy and Brad Falchuk. In this season, you are introduced to a somewhat happy family (The Harmon Family) who moved into a new home. When I mentioned “somewhat happy” is because the husband had an affair but in an effort to patch things up and not let the family with a teenage daughter crumble, they decided to start fresh by moving into a new neighbourhood.

The house that they bought at a bargain price, is in fact haunted. It is haunted by its former inhabitants. Thus this is the story about the family’s torment by these evil spirits that reside in that house. What makes this show extremely interesting is not the fact that its simply a about a family tormented by mean spirits. As the story progresses through the season, you are introduced by a lot of former inhabitants from the beginning of the 19th century when the house was built right up the 1980’s. Each new inhabitants were met with gruesome murders and killings and the Harmon Family happened to be the latest in a string of inhabitants that lived in the house before them.

Almost every episode, you will be revealed as to what happens to the family that were in the house before them. And before you know it, this house is more than a house. This house is actually alive, in a sense that it screws up the inhabitants leading to their eventual death. But that’s not all. Every time the inhabitants die, their spirits stays in the house, and so before you know it, there are lots of mean spirits!

What makes it even more interesting is the interplay between the dead and alive inhabitants. For example there is a rich history revealed as the story slowly unravels in a non-linear fashion throughout the ages. The more you watch, the more you understand how the ghosts of inhabitant B’s history weaves into the living inhabitant C. And then when C died, you get to see how inhabitants D is tormented by C and B. So in essence, the story thickens drastically as it unravels the interplay of various plot threads among the different inhabitants.

What makes it extremely original is the fact that these ghost can physically manifest themselves in the house and pretend to be alive and well, making the Harmon Family think that they are actual human beings around their neighbourhood. This makes it extremely hard to follow the plot because you will not understand who they really are or whether they are ghosts or not until their history is revealed. The first few episodes were slow, but they were full of questions, until you finish watching the entire season to its satisfying close, you will then appreciate the characters. 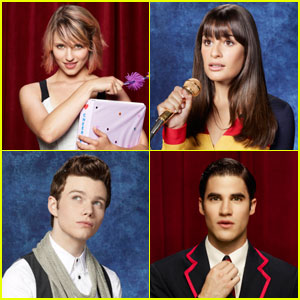 Nothing much can be said of this. This show is a worldwide phenomenon. Now in its third season, it seems that this show is going to be as popular as ever. So long they churn out great hit songs and doing awesome mashups and music numbers, I will be happy. 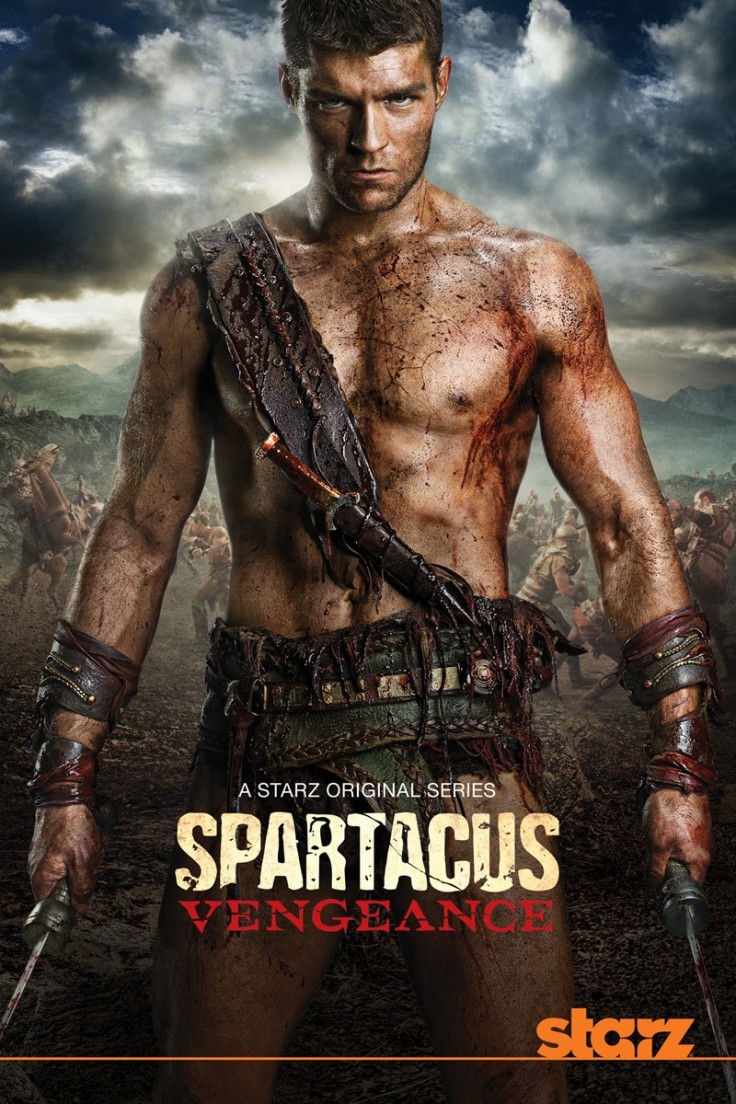 Spartacus debuted it’s season 1 run in January 2010. The series was inspired by the historical figure of Spartacus, a Thracian gladiator who from 73 to 71 BC led a major slave uprising against the Roman Republic. The story unfolds how this Thracian warrior got captured by the Roman army and enslaved. To redeem his freedom he had to fight his ranks up in the bloody sporting arena as gladiators. This is by far one of the most violent TV shows I have ever seen, with very strong sexual content and crude language. 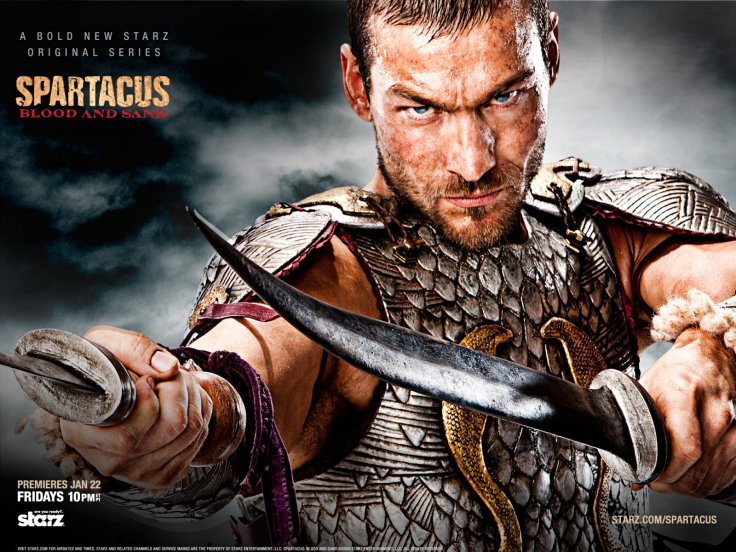 Spartacus was played by Andy Whitefield. The second season got delayed when he was diagnosed with non-Hodgkin lymphoma. While he underwent treatment,  the writers of the show decided to make a 6-episode prequel, titled, Spartacus: Gods of the Arena. This prequel, tells of a story of Gannicus, the first Gladiator to become a Champion of Capua representing Batiatus. These events took place before Spartacus become enslaved and bought into House Batiatus to be trained as a gladiator. 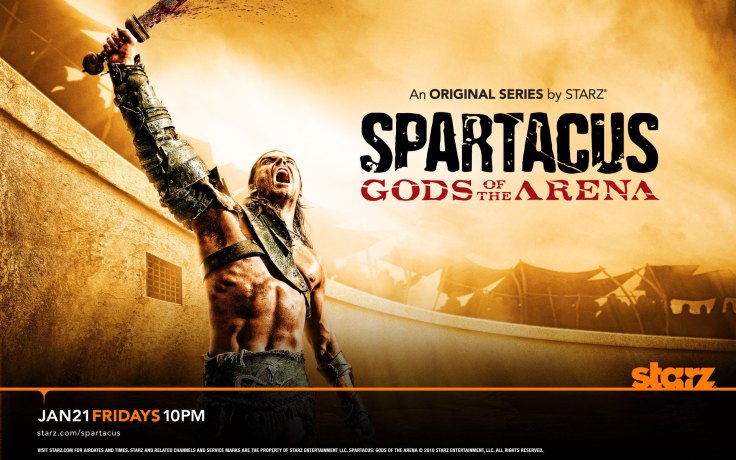 Andy Whitefield’s cancer went into remission but shortly after, his cancer came back with a vengeance. Sadly he passed away at a young age of 39. The latest season is to be aired on 27th January 2012. Another actor, Liam McIntyre, will take over his role as Spartacus. 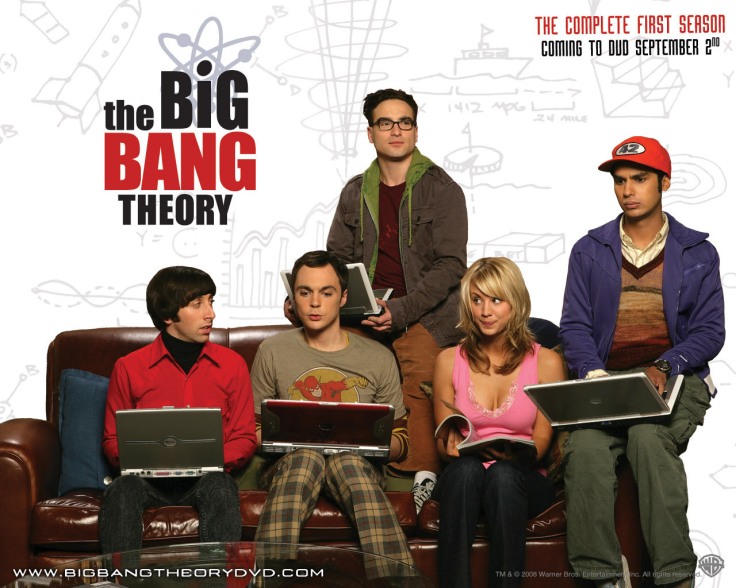 Big Bang Theory has long been my all time favourite. Every episode is bursting full of laughter and comedy. As a geek myself (to an extent) I can totally relate to the humor found within this American Sitcom. To those who are not familiar with it yet, the story follows 5 characters, Leonard Hofstader, Sheldon Cooper, Howard Wolowitz, Rajesh Koothrappali and a blond girl, Penny. The first 4 are young scientist in their respective fields, all but one having PhDs. Thus they are branded as geeks. Penny however is a blond waitress who are next door neighbours with Leonard and roommate Sheldon. So when you put together a bunch of geeks with a sexy blond, laughter ensues. 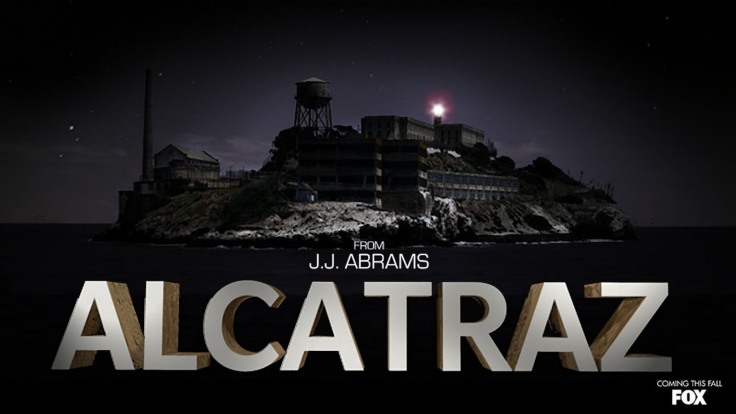 Alcatraz is brand new show, produced by J.J. Abrams, the same person who did Fringe and Lost to name a few. I cant say much about this show, since only the first 2 episodes have been released at the point of writing. It tells of a story of a group of inmates in Alcatraz who were supposed to be transferred out of Alcatraz to another prison following the closure of Alcatraz in 1963. However these inmates suddenly disappeared on that fateful night.

Fast forward to the present day, a division within FBI, helmed by Emerson Hauser (played by the legendary Sam Neill) is tasked to track these people down, who suddenly one by one started reappearing after many years since their disappearance. The greatest mystery of all is where have they gone and why hadn’t they age a day since their disappearance. As most of the missing are dangerous inmates, their reappearance has brought trouble to the FBI, and it is up to Emerson Hauser to recapture them and find out the truth behind the disappearance.