Rarely do you watch such a movie so captivating, so magical, and real and you can no longer distinguish what is real and what is not. James Cameron has done it again, with a brand new masterpiece, a masterpiece that took the entire decade since its inception in James’s mind. When technology was ripe, he took it on boldly, and not only did he achieved outstanding achievements in movie making, but also pushes the boundaries of what technology can do on the big screen. Movie magic at its finest.

That movie is none other than Avatar.Im not going to touch on the plot of the movie, as i know millions of you might have watched it already and millions more like me may have watched it more than twice, once on the normal screen and once more in 3D.

To sum up my experience for this movie, I would say is this:

Unlike none I have ever experienced in my life. 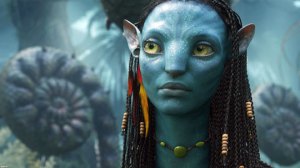 James Cameron’s vision of an alien world with an alien race is so captivating and vivid that you are just at a loss for words. I wouldn’t be surprised if this movie comes out top in next year’s Academy Awards, but it would be a tough challenge for him. Firstly, so many good films have been released this year and the upcoming 82nd Academy Awards will feature not 5 but 10 nominees for the Best Picture Category. That is a tough challenge that James would have to face. Im not garnering any support for any movies that would eventually be nominated. An observation for me rather, is the fact that for a movie like avatar, with so many at stake prior to the release (ballooning movie budget, unproven technology, long incubation during development); to make it this far as to be nominated is an achievement in itself.

I am very confident that Avatar might sweep technical awards, like best sound design, sound engineering, soundtrack, score, special effects and so on. But don’t forget, again, its a tough year for Avatar. It will compete head on with Transformers 2, Legend of the Fallen, Star Trek, and 2012, another tour de force.

Another way of putting my experience into words would be to remind me of how good and critically acclaimed Titanic was, 12 (12!!) years ago. It reminded me of the good old days where the hype for Titanic was at fever pitch and it became a social phenomena worldwide. All of the sudden, Titanic came out in force, and everyone was talking about it. That was how I felt after watching Avatar for the very first time. That same feeling I felt 12 years ago.

One of the major forces that reminded starkly of Titanic was probably due to the score. The composer and producer of the score for Avatar is James Horner. I am very happy to listen to James Horner’s epic and moving masterpieces. Listening to Avatar score, reminded me strongly of his masterpiece for Titanic. It’s almost the same; moving, epic, exotic and grand.

Remember the part where the ship, leaves port for her maiden voyage from Southhamptom? Try to remember. The buzzing of people and movement, the ship cutting through water, the captain issuing orders, “Ahead Full!” It was so magical for me. Now listen to two tracks from the score. I am very sure that you will remember that fuzzy feeling you felt when you watched it for the first time. 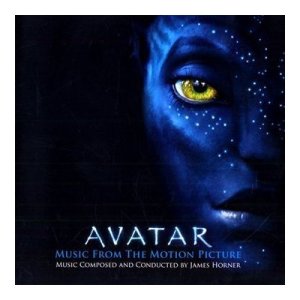 In Avatar, my favourite part is the where Jake Sully, in his avatar learns the way of the people. Neytiri teaches him huntings skills, riding, flying, the culture and language. During that period, it was the most extraordinary moment for me. It was the part where you intimately learn the world, the culture, the native people of Pandora. In the score, when I listened to that particular track, I remember vividly the scenes unfolding in my mind.

In another landmark scene, is the part where Jake Sully chooses a Banshee to fly with. Creating a bond with a single Banshee, in which it will only allow that single hunter to fly with.

After choosing the Banshee ( or rather the Banshee choosing him) Jake went on to take his first flight to seal the bond and beyond. In this scene, I’m sure you will all remember, the liberating feeling of flying, even though you are seated and watching the movie. Jake banking left and right, and along side Neytiri. Jake swooping down hard with waterfall close to them. It was a great feeling just recalling that part of the movie.

I can’t think of any other composer who would do better than James Horner. What he did with Titanic was legendary and with Avatar, its a classic in the making. To invoke such fond memories of the movie, be it Titanic 12 years ago or Avatar, just fresh from our minds, is an inspiring feat.

2 thoughts on “Avatar the movie (and soundtrack)”