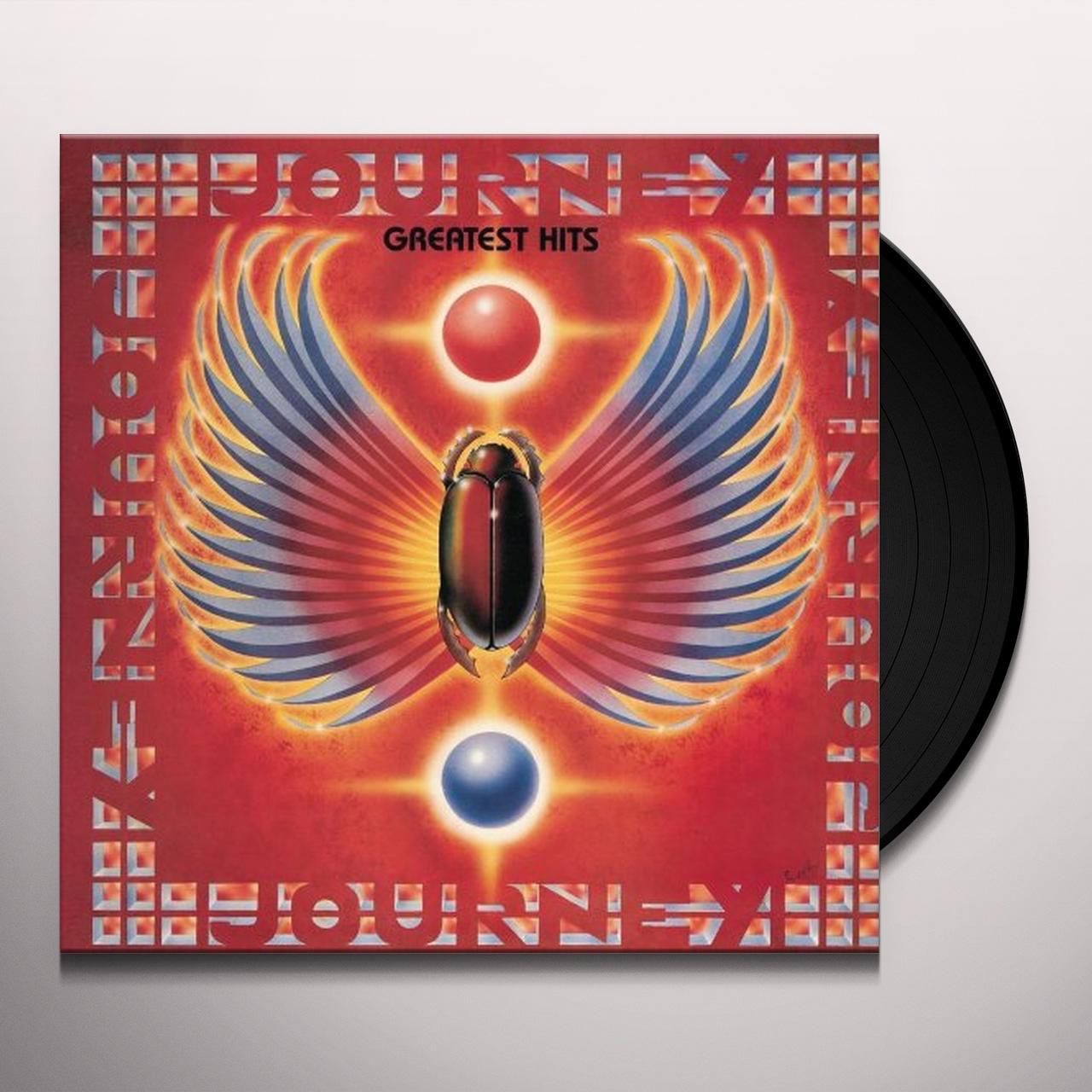 This week’s vinyl record is Journey – Greatest Hits volume one.

I am not a huge fan of their songs, but the biggest reason why this album really means a lot to me has to do with my mum. My mum is a huge fan of Journey and I fondly remember my childhood days listening to their songs. My mum will play some of the greatest hits over and over again over the hi-fi stereo system in the living room when we used to live in Yishun when I was a child.

At that time, she had the CD version and I am pretty sure she had almost every album ever released by Journey. So over the years, I grew up listening to Journey.

Journey is considered (hopefully I am not mistaken) a rock band and produces powerful rock ballads with tunes that are catchy and timeless. For some reason, their tunes and melodies in their songs can withstand the test of time. You can listen to their songs many years later and still sounds contemporary and fresh. You will rarely get sick and tired of the songs.

I chose this album to be part of my LP collection mainly due to sentimental reasons. Like I mentioned, I grew up listening to their songs, sometimes memorising parts of the lyrics even before I understood them. I can still bellow out entire songs because the lyrics have been deeply etched into my memory for all eternity. Eventually, I grew up loving their songs.

On the downside though, when I received the LP, it was warped, especially the second LP in the album. Although it played fine on the turntable, the warp is quite distinctive and you can clearly see the tonearm and the needle tracking up and down the warped LP. It doesn’t seem to look bad, but it is definitely obvious when the LP is placed on the turntable. The only consolation is that none of the songs seem to be skipping as a result of a warped LP. I guess I just have to play this album less often to preserve the condition of my needle of the turntable. This is possibly my first LP when I bought new that arrived warped right out of the box.