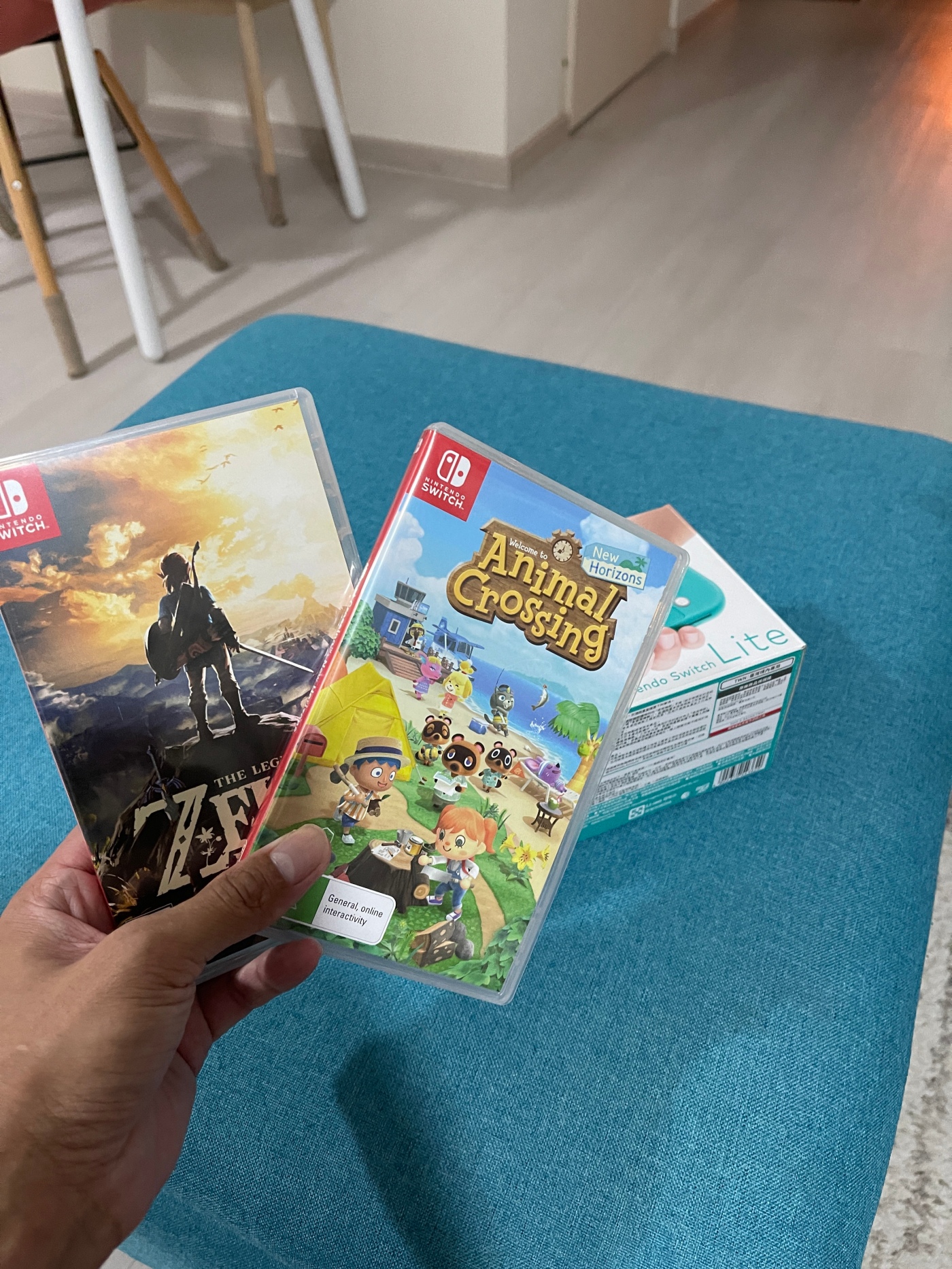 I am not mobile gamer, much less a handheld gamer. But last week I pulled the trigger and bought the Nintendo Switch Lite. I initially almost bought the Nintendo Switch, the one with the dock and the ability to play when plugged to the TV. But I decided to go for the cheaper option, after imagining myself that I will most likely be playing more often while on the go, rather than at home.

I wasn’t sure what to expect at first. The system is about 4 years old now, since the initial launch of the Nintendo Switch system. Since then, there has been so many games released on the Nintendo Switch platform, so I was at a loss as to what games to play first.

I settled on Zelda, Breath of the Wild and Animal Crossings, New Horizons. I heard a lot about Animal Crossings, especially during the pandemic of 2020, when the game was THE game to play while stuck at home riding out the lockdown that was happening all around the world at the height of the Covid-19 pandemic. Even the console systems were extremely hard to find and sold out around the world for pretty much most of 2020.

After playing Animal Crossings for about a week, I must say, I have become addicted to the game! I really love the optimistic, cartoony and cutesy nature of the game, the type of games that I don’t usually play or usually find on the PC platform. I can see why this game is so relaxing and meditative to most people who tried it and fell in love with it after spending hours playing the game.

The game is built on a simple premise: Your character has just been sent to a deserted island and you are given the chance grow and nurture the island, however you like. Along the way you meet and make NPC friends that will help you in your journey, making your island-home a lively and colourful place to live.

I can see myself spending hours upon hours playing this game day after day after day, just so I can discover new things and try out new stuff. This game is a game that keeps on giving.

As for the console itself, I ended up buying the turquoise color.

I must say, it is a very pleasant color. I also dig the pink one, but decided with the turquoise instead. The Switch Lite isn’t heavy to hold while playing games. The screen is slightly smaller than the original switch, with non-removable ‘joy-cons’. Everything is attached as a single unit. The Nintendo Switch Lite is meant to be played while on the go, hence the lighter, smaller build.

After a week of playing games on the console, I simply fell in love at the simplicity of the system. It’s an all-round elegant set-up. I bought a number of games online too, since the Switch Lite has a microSD card slot to further expand your digital games collection and a robust e-store that occasional have some of the popular games on sale. One game I recently finished playing was Untitled Goose Game. It’s a hilarious game where you play the role of the goose, terrorising villagers and stealing things to complete your objectives. It’s a super fun game that is cheap and remarkably satisfying despite its simplicity.

After the two initial physical games that I bought alongside the console, I have since bought another four more games. I have not started on Zelda, Breath of the Wild yet, because I know that game is a huge time sink. I am already putting in as many hours I can on Animal Crossings as it is already and starting on another epic game like Zelda is just too daunting to handle for now.

Instead I opted for Luigi’s Mansion 3. This is by far the most surprisingly impressive game I have played in years regardless of whatever platform I have played in. It is simply an awesome feeling experiencing a game with zero expectations, only to be blown away at how great the delivery is. I was simply blown away the moment I launched the game.

Right of the bat, within the first 20 minutes of playing this game, I was hooked by the gameplay, and smitten by Luigi. Playing Luigi as a scared little character trying to find his friends and Mario in a haunted hotel just melts my heart. Seriously, my heart just melts when I see Luigi shivering in fear, running away from ghosts and tip-toeing across haunted corridors as he explore the haunted hotel. It has all the ingredients of what makes the game great. Great visuals, interesting story, innovative gameplay, lovable characters, and tight gameplay mechanics. Despite being on the Nintendo Switch platform, Luigi’s Mansion 3 is by far the prettiest game out there.

I have bought Mario Odyssey, Crash Bandicoot, Diablo III eternal Edition. I have yet to try any of them yet and I can’t wait to try more games in the future.

I spent a total of S$500 for the console and the two initial games I bought. It is by far one of the best S$500 I have ever spent.

One thought on “I bought a Nintendo Switch Lite.”