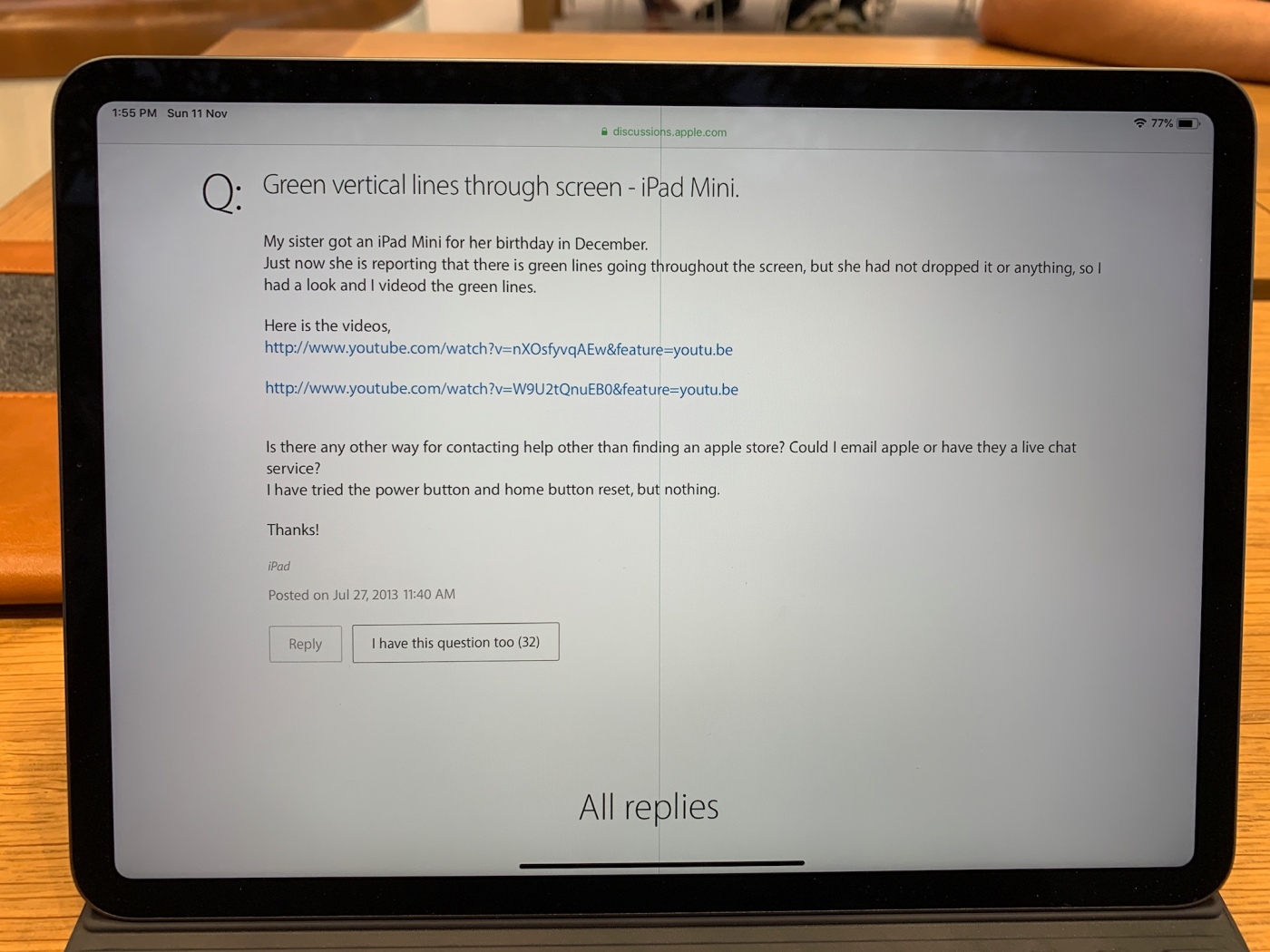 This morning as I woke up and started using the iPad to read today’s news, I noticed a peculiar green line running across the display of my new iPad Pro. I have been very happy with my purchase so far and been using it with great satisfaction. For some odd reason I did not have the usual buyer’s remorse when buying an expensive device. Probably because I used the sales proceeds of my MacBook Pro to get the iPad Pro. It may sound like a downgrade since the MBP can do so much more, but for me I really want to explore what I can potentially do with the iPad Pro outside of the traditional keypad and trackpad set up.

Every aspect about the new iPad Pro just screams quality. Then, this issue cropped up. It was annoying. I don’t know how it appeared or why it suddenly appeared or what caused this razor thin green line to appear on the display. You can have a look below. 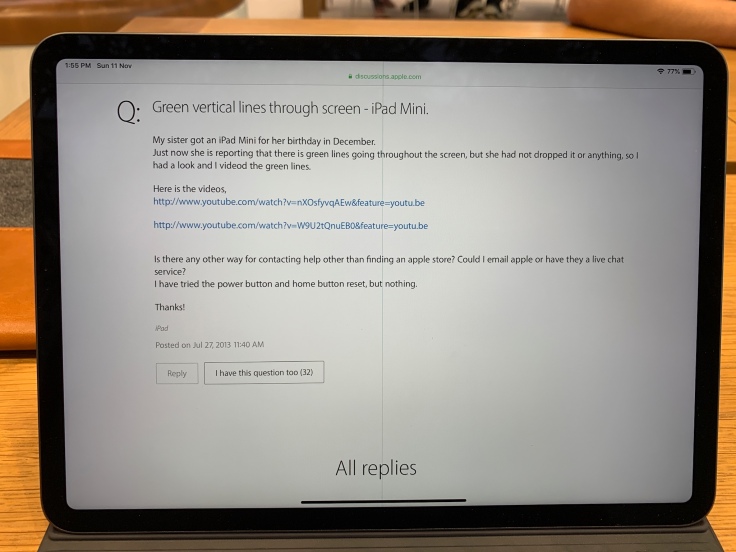 Can you see it? It runs right smack in the middle!

So I spent a better part of my Sunday afternoon (which could have been spent on something more productive by the way) trying to contact Apple support and see if I could schedule an appointment with the support staff at Apple Store. The good news is that chatting online with the support staff was incredible. He were responsive and patient, and he fully understood what the issue was. The bad news is that I have to go down to the Apple Store and make the exchange. The even more bad news is that the appointments were full and then if you walk in without an appointment, you might be queued and had to wait for a couple of hours to be served. Hours wasted.

But it had to be done. And so I did. I went down and waited patiently till my turn came and then told the staff the problem. The problem was straightforward; hardware issue, needed the entire device to be replaced, meaning a 1-to-1 exchange. And considering that this is a newly launch product, and that I gotten the product mere days ago, most likely it will be exchange with a brand new set.

But then again, alas since this is so new, they don’t have readily available stocks for them to make the exchange, and so they had to put one up on order, which according to them, will take 3 days at least, after which, I can head down and perform the exchange anytime after that.

I won’t be heading down during the weekdays, even after work this week as I had to focus on my presentation for my course. The last activity before graduation. So I will be doing it during the weekend.

But the funny thing is: The thin green line isn’t persistent. It goes on and off intermittently. And now after hours of using it I don’t see the green line anymore. So I am starting to wonder if I may have jumped the gun and declared my device defective a little too early. Is there such a thing as letting your electronic device ‘warm up to your touch’, and ‘season’ you device and making sure to use it thoroughly for a couple of weeks before declaring it useless?

I hope the exchange process is smooth and painless. Although I have backed up my data on this iPad to iCloud, but the thought of waiting for the apps to download and logging into my credentials on all the apps seems… a little troublesome. Not to mention downloading all my content stored within the app once again. And I hope I don’t get a refurbished piece. I know its only fair to get a refurbished set, when I am giving up my own used set for the exchange, but I just got this device brand new. And this thing just came out a week ago. So, a brand new set would be great. Just sayin’!