After almost 10 weeks of summer holidays, a crazy orientation camp that culminated in the forging of new and lasting friendships, the start of a new semester is now upon me once again.

The freshmen orientation camp and the preparations leading up to the event was definitely the highlight of the summer holidays. I was tasked to be the director for the opening video, and after 2 days of shooting, we made a 22 minute opening video for the freshmen to enjoy on the first day of camp. The video was meant to give substance to the overall theme of the camp, which was Renegade. Plainly speaking, the every year a theme is decided and with it, it is backed with a story to go with the theme. This year, the story is about a group of renegade who is tasked in stealing an item that would bring about widespread chaos around the world. This item is heavily guarded by a group called The Secrets. 6 renegades, representing 6 groups in the orientation camp worked together to find the item. Once they were successful, they brought it back to their secret hiding place, only to be betrayed by one of them. The winning group at the end of the camp is obviously the traitor.

The video was an amazing piece of work put up by the GLs, CGLs, main committees, the directors and others who were involved in this project. It was thoroughly fun to do, and despite doing it on a shoestring budget with only 2 DSLRs to use to shoot the video clip, it still garnered great praise from the freshies would thought that the video was finely put together with lots of interesting and hilarious scenes. It was extremely fun to direct the film and it felt good that I contributed a bit in this year’s orientation camp.

As a photographer, nothing gives me greater joy than to see willing smiles and faces eager for me to snap a photo of. Being part of “Jigsaw” group, a name and a renegade in this year’s camp theme was by far a very enjoyable experience I’ve had. They are by far the most united group I have ever been in and to see their transformation from being absolute strangers, just warming up to each other on the first day to being best friends was absolutely stunning. 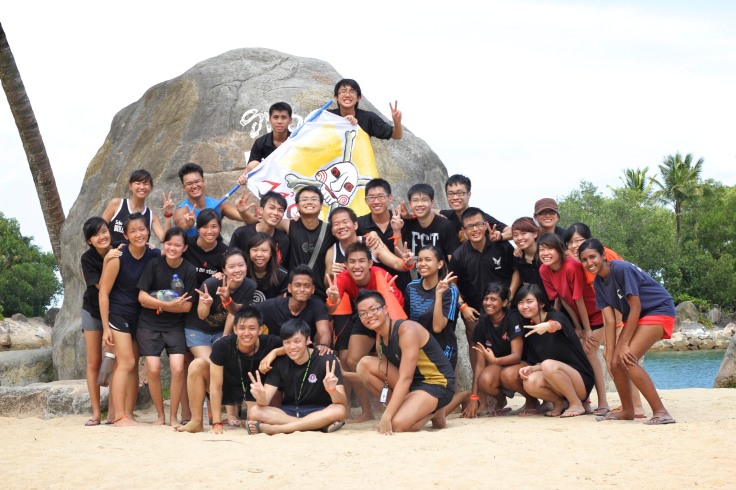 Despite all that, the main 5 day camp event has got to be the best and most fun times I have ever experienced in my life so far. Without a hint of regret, knowing new freshies, forging new friendships and strengthening old ones were personally the aim of me joining this event. Becoming part of the family that made this camp a successful one was a great honor.

Now that all of this is over, I have to look forward once more to a new semester. It is really quite amazing to look back and see that 2 years of study in NTU have already gone by. The most dreaded module, Biophysics, have been conquered, when only a year before I was dreading of it and complaining about it non stop. A lot of things have happened in such a short span of time, and it felt like only  yesterday that I started school in NTU for the very first time. I am now about to embark my second half of the journey, as I still have 2 more years to go through, but no doubt, in a blink of an eye, I would soon attend my own convocation ceremony. A scary thought no doubt, one that I have to start preparing from now onwards. I don’t know what awaits me this coming semester.

A friend of mine have decided to work really hard together with me, particularly for me to push my grades past a certain threshold that I have set for myself, in which I have failed to reached now and again. I hope that with all the things I have done during the holidays, and the fun times I have spent with my friends, I have recharged myself sufficiently to work extremely hard this semester. I dont know why I’m setting myself up and shooting myself in the foot, as this semester is definitely the toughest climb yet, but it leaves me no choice. I have to act now and work doubly hard, maybe as hard as I have ever been to cross the threshold. I’m starting to feel that this semester could possibly be my last chance at getting to the goals that I have set up for myself. This semester my motto is simple: