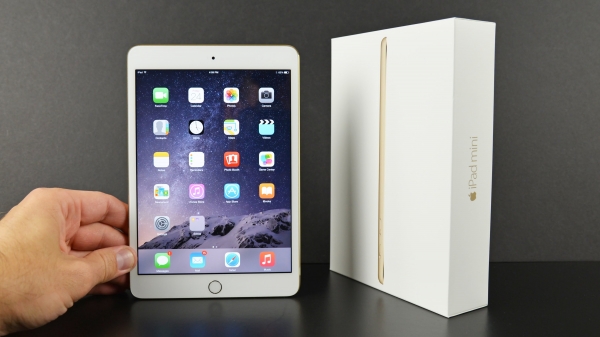 So yesterday I went to my local Apple store, and casually looked at the new iPad mini 4 that Apple just released. I held the tablet in my hands and noticed that the extra millimetres shaved from the previous iPad mini, as well as the ever so slight weight reduction over the previous iPad mini. The screen is definitely better than the previous one, on par with the current iPad air 2. There was a kid playing some games on the only iPad mini 4 on display in the store. I waited patiently for the kid to go away. Once we left with his dad, I lifted it, held in my palms, turned it around, tried the touch screen, surf a few websites. Within 5 minutes, I left the store with my own 64gb gold version iPad mini 4. It was that quick. I was just sold to just how much an improvement Apple has made to the iPad mini line.

The previous iteration was lacklustre, in terms of technical specs, with almost nothing changed aside with the addition of the Touch ID. It was just not worth paying extra for just the touch ID features. Now, the iPad mini 4 has made improvements across the board, including the new processor, almost to that of the iPad air 2, (A8 vs A8X), new rear camera, better display, lighter and thinner. This is the iPad mini that should have been years ago. And now, I bought it just so that I decide that the improvements were well worth getting it.

I did not own any iPad previously. I did bought one for my mum on her birthday several years back, but this is the first time that I bought for my own use. I have the nexus 7 from Google that I bought from Amazon, but I only used sporadically, because I wasn’t thrilled in using Android, even after trying to convince myself that it is a great mobile operation system. I guess i just find the apps lacklustre, often times buggy, slow and the overall UI not as well thought out as that from the iOS counterpart.

The iPad mini 4 is light. Really light. It’s a joy to hold, and anything that display on the beautiful screen just pops out. Its sharp, crisp, and wildly colourful. Weather you are reading text, or watching a HD movie, the screen is just captivating. The iPad mini is fast, and with 2gb ram, app switching is a breeze.

I have been using for a bout 24 hours now. I am looking for many more days of joyful use. 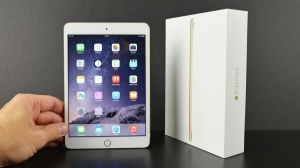