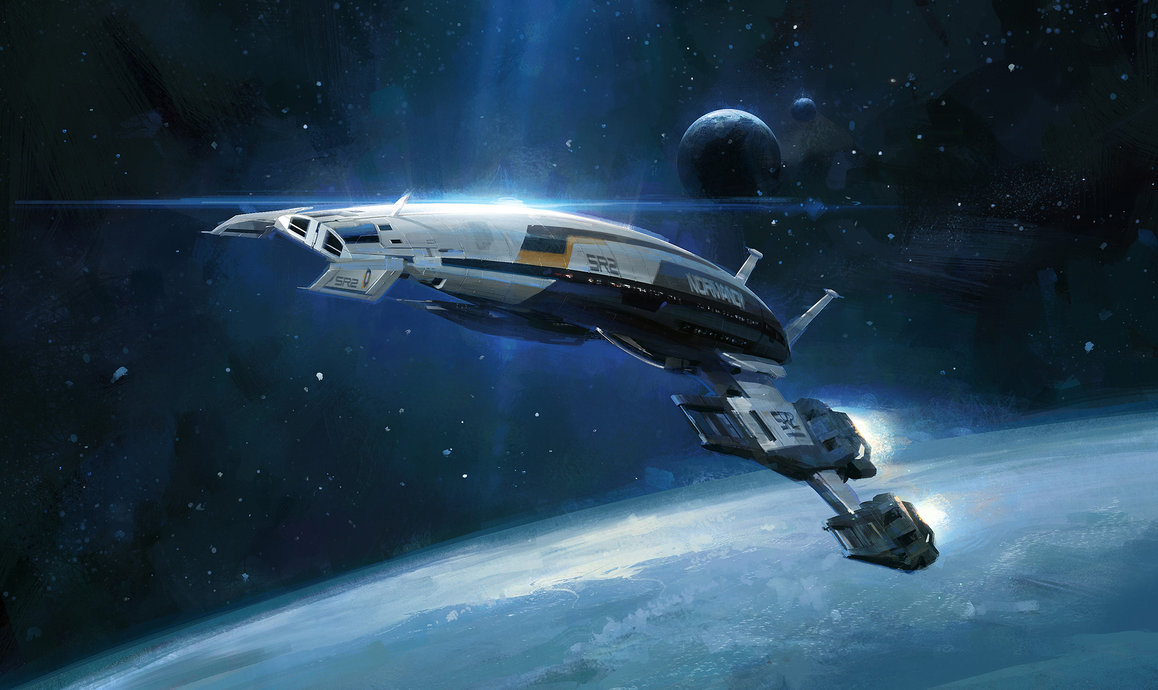 In Mass Effect 2, one of the finest moments in the game was when they revealed the Normandy 2. The Normandy is Commander Shepherd’s own space ship. In Mass Effect 1, you were given a ship in which you can call your own. With that ship you can progress through the game by traveling to various worlds throughout the galaxy in any order without disrupting the RPG story elements within the game.

The very idea of having your own space ship, with your own crew, and the ability to walk around it, visit the various places within the ship, like the medical bay, the mess, the engine etc is one of the best game mechanics in the Mass Effect franchise. Personally, it made me feel like I have a stake in crafting a story within the game, the way I want it to be. That stake, that feeling of responsibility for my own actions really lends credit to the overall immersive experience that Bioware succesfully created in the story-making process.

The idea of owning your own spaceship is not new. It goes back to the Star Wars Knights of the Old Republic era, when Bioware used the Star Wars franchise to create a compelling RPG, thousands of years before the main story in the Star Wars Universe that George Lucas used in his movies. That idea was brought forward when Bioware wanted to create their own sci-fi universe, in which Mass Effect was born.

When Mass Effect 2 was released, the “prologue” of the game started by having your ship attacked and destroyed, with crew members dead and you, Commander Shepherd, on the brink of death. I remembered as the scene unfolded right before my eyes the destruction of the first Normandy ship in the first 15 minutes. It was tragic. Not so much on the death of the crew on that ship, or the fact that Shepherd nearly died. But rather, the beautiful ship that I am pretty sure that all those who played the game knew and loved, being destroyed in the first 15 minutes of the game.

When Commander Shepherd was rescued by a shadow organisation with some serious financial backing called Cerberus, he was given second ship, a successor to Normandy 1. The Normandy 2 is much bigger, more powerful and it even have your very own Captain’s Quarters. I was impressed. There was a scene, where Joker (the pilot of the ship from Mass Effect 1) introduced you to Normandy 2. That scene made me ecstatic. I was thrilled. The soundtrack was amazing. It was by far the most epic piece of music within the Mass Effect 2 Soundtrack tracklist Below is the youtube video of that very soundtrack.