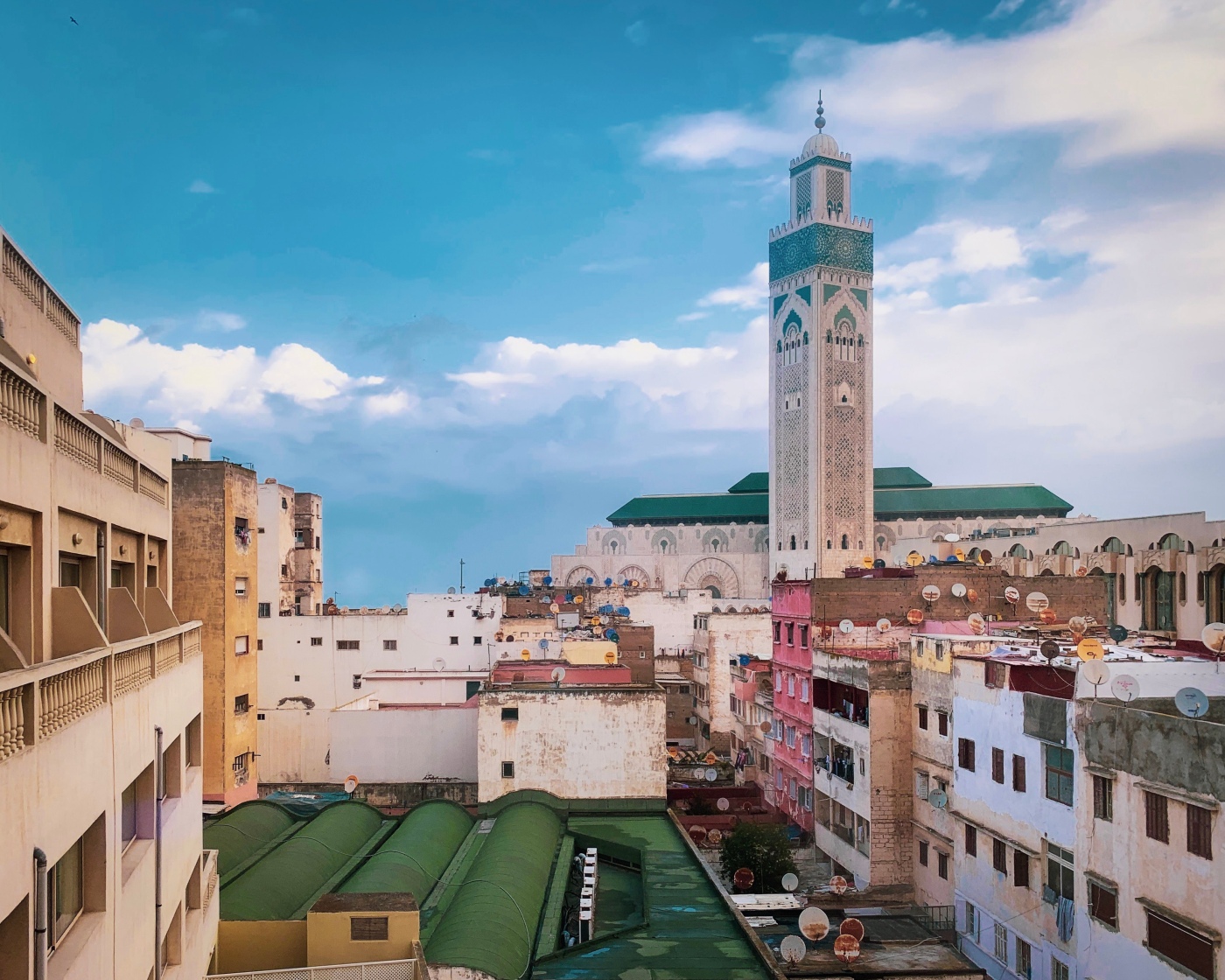 About year and a half ago, my colleagues and I started planning our grand Moroccan adventure. It all started over our usual lunch conversations during work, casually asking each other what our own holiday plans were going to be like in 2019. Then all of a sudden, we started throwing ideas for a holiday together. Soon after that, we settled on Morocco as our next holiday destination.

Sometime in November, we started planning our trip, looking at ticket prices to Morocco, planning our itinerary, booking hotels and tours. We settled on a date, 16th April 2019, as the day that we would we begin our trip. We began searching for good deals almost 6 months in advance. It was during Black Friday, and we saw cheap air tickets, flying from Singapore to London, for about S$700 return. We quickly snapped up those tickets and soon it just snowballed from there. One thing led to another; tickets from London to Casablanca, accommodations in London, and various cities in Morocco that we would eventually be visiting.

Lists were created, itineraries were formed up, and online folders in the cloud were shared so that everyone had access to important documents related to our trip.

It happened all so quickly, and before we knew it, we were in London.

It was my first time in London, but I didn’t spend a lot of time there, because we were just transiting and staying the night before needing to catch our next flight out from London Heathrow. There were hiccups along the way; our connecting British Airlines flight to Casablanca, via Madrid was cancelled without explanation. We had no assistance from the airlines to help us book an alternative flight, because there were none that BA had to offer for the day.

In the end, we had to book a separate flight to Casablanca all by ourselves, forcing us to travel all the way to Gatwick airport the next morning, just to catch our Ryanair flight. It was a little bit stressful as we booked a hotel near London Heathrow and we only discovered that our flight was cancelled when we arrived in London.

That aside, it was a huge sense of relief when we finally made it to our destination. It was late and everything was dark. We were hours behind schedule. But we managed to reached our hotel on the same day as originally planned and since we arrived late, we didn’t get the chance to explore the city upon arrival.

The next morning, I was greeted to a magnificent sight. The majestic Hassan II Mosque. I had no idea that our hotel room windows were directly facing the mosque. I was originally aware that our hotel was close to the mosque when we booked our accommodation, but since we arrived late and it was dark, we didn’t give much thought on what we could see outside the windows.

The mosque is larger than I anticipated, and with good reason. It is the largest mosque in Africa, and the third largest in the world. The minaret itself is the second tallest in the world, at 210 meters. It can accommodate about 25,000 worshippers and another 80,000 outside, making a grand total of 105,000 worshippers being able to pray together within the vicinity of the mosque. Those numbers were simply mind-blowing for me.

The whole structure is breathtaking. While I didn’t go inside, it is still an architectural marvel on the outside. The wide open space outside the mosque makes for a really pleasant stroll around the vast compound with children playing and running around and visitors all over the world admiring the beautiful structure and taking selfies.

Seeing the mosque made us realise that, yes, we have finally arrived in Morocco after a long trip from Singapore. Pictures alone cannot do justice as to how majestic and grand this mosque is. Everything seems magnified, while we as humans beings can’t help it but feel small and be humbled by it all.

After taking photos of the place, we headed to the Médina. There is always a Médina in any big and small city in Morocco. It is perhaps the soul of the city, society’s social fabric. The Médina is a feast not for the eyes only, but for the nose, ears and tastebuds. It is crowded, but not overly packed. Bustling, but not chaotic. Lively but not too loud. One can get lost in the Medina. And that is totally fine. You are supposed to get lost. You will never know what you are going to find, and that is exactly the point of these Médinas for a traveller like me. Exploration without purpose is what makes walking through the Médina a thrilling experience.

The one thing that I remembered clearly was when we wanted to take a short break after exploring the Medina. We didn’t know where we were but we were ok with that. We saw a random cafe that serves traditional Moroccan espresso and mint tea that were excruciatingly sweet (but I love it, especially the mint tea). We ordered our tea and coffee and sat outside, watching the world go by. It was the first time we truly felt relaxed after our long travel just to reach Morocco. It was the first time in a long time that I truly enjoyed watching people on the streets go about their daily lives, especially in a foreign land. Everything was so new and alien to me, so it was super fascinating. Even my colleagues agreed that the time we spent at the cafe was the most relaxing moment we ever had upon arrival in Morocco.

I cannot remember how long we sat there, but I remembered ordering several rounds of tea and coffee and just mindlessly watching people.

We only had one day in Casablanca, so the mosque and the Médina was the main highlight of our trip there. We did travel to other places, mainly via their tram system, which was remarkably efficient and clean. In fact, Casablanca and most other cities that we visited in Morocco, was, for the most parts, clean, something that I noticed upon arrival. It’s not perfect, but I can see genuine efforts made to maintain general cleanliness, reduce litter and beautifying the place. I deeply a appreciated the fact that they have small gardens and parks littered throughout the city and they were mostly clean and green.